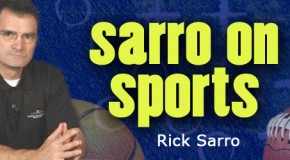 The McNeese Cowboys will never be playing basketball in late March or early April in reconfigured football stadiums in Phoenix, Indianapolis, Houston or New Orleans. Participation in the Final Four and NCAA basketball championship

Elections Far From Over

Pierre Sez March 30, 2017 Comments Off on Elections Far From Over

If we’re not careful, Calcasieu Parish may be on its way to becoming Title Town in Louisiana high school sports. Barbe has a stranglehold on 5-A baseball. St. Louis High seems to win a

The Curse of The Ramones

Too Drunk To Read

Quiet For A While

Trump And The Republican Future

Thursday, March 25, 2021, Comments Off on Trump And The Republican Future