Jessica Savoie Martin grew up in Moss Bluff. She’s had a variety of professions, working as a bartender at Pujo St. Café and in the casinos; as an accountant; and, presently, as a driver for Waitr. 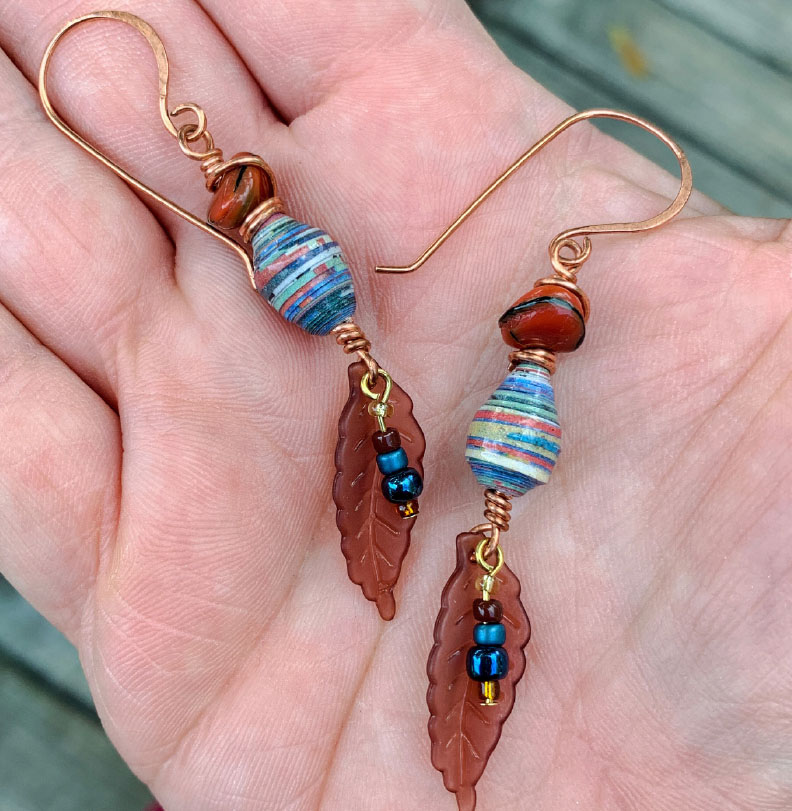 Jessica Savoie Martin used the May 2, 2019 cover of Lagniappe Magazine to create the beads shown above and the beads used as part of these earrings.

During the time she spent doing these jobs, Martin was always aware of the creative and artistic thread running through her past. “I always have been a maker since I was a little girl,” she says. In each year in high school, she was a member of the art club. And she studied photography and art history in college.

Martin is now focusing on a different kind of creative activity. She’s crafting jewelry out of beads that she makes by rolling up strips of paper. As we’ll see. that’s a little more complicated than it sounds.

When she first got into the practice, she just used whatever colorful or elaborate pieces of paper she came across, often turning to the circulars that arrived in the mail. “I sliced and diced them, then rolled [the pieces of paper] into beads,” she says. “I wanted to upcycle.”

When Martin became a Waitr driver, she started using the covers of Lagniappe Magazine to make her beads. Her Waitr deliveries often brought her in contact with the magazines. She liked the colors and the designs. And she felt that using Lagniappe Magazine covers “kind of incorporated the community into it.”

Martin can “somewhat plan the way (the finished bead) will look” by carefully selecting the visual material that is on each shred of paper she cuts out of a cover with the straight razor she uses to do her work. And the way in which the folding is done will affect the look of the finished bead. She says “every little tweak” of the paper will have an affect on the final appearance. 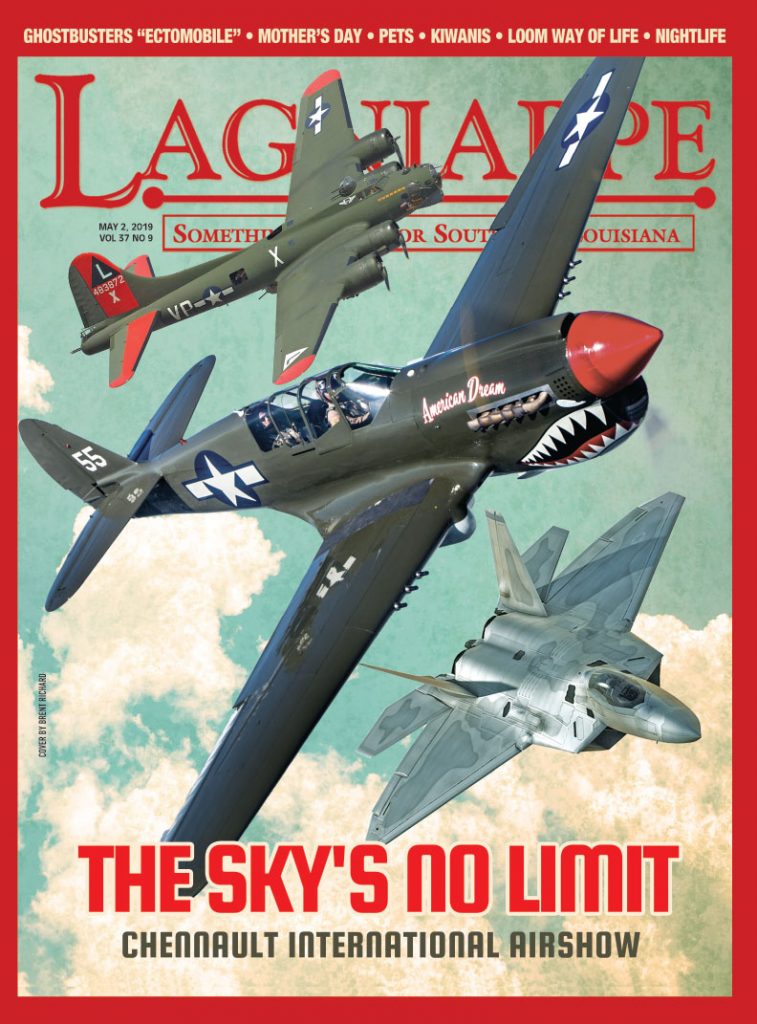 But in general, Martin doesn’t try to make a bead look a certain way or have a particular design. She prefers to pull off a strip of paper without thinking about what’s on it and fold it without considering how the bead will eventually look. Using more or less randomly chosen scraps of the cover, her attitude is “let’s see what happens.” She prefers to do her paper folding with “no rules.”

Be that as it may, the finished beads have great aesthetic appeal. A batch of beads she made from Lagniappe’s May 2 cover on the Chennault International Airshow was dominated by the calming green pastel hues of the cover, which were accentuated by small abstract designs on the beads.

Martin has been designing jewelry for 10 years now. But she says the local jewelry market is saturated. It was the fierce competition that inspired her to come up with the idea of paper-folded beads. “I struggled to find something unique that made me different.”

Although the beads by themselves are things of beauty, Martin also fashions them into pieces of jewelry, such as elaborate earrings and bracelets.

If you think the fact that Martin’s beads are made of paper means that that they aren’t strong, think again. After she finishes rolling a bead, she waterproofs its; puts two coats of glaze over it; then cures it for two to three weeks.

‘Art Is My Therapy’

Martin had big motivations for beginning her jewelry project. She “started making jewelry in the first place” because she “suffer[ed] from chronic depression and anxiety.

“Making jewelry and rolling these beads are super therapeutic for me. I have to be always doing something that gives me that creative outlet or I go a little nutty …  Not really but really.

“Art is my therapy.  Making jewelry keeps me calm and my energies positive, especially on days when I’m struggling to find peace.”

Taking It To The Public

Martin has an Etsy account and provides much information about her work on a Facebook page titled Baubling Brooke. 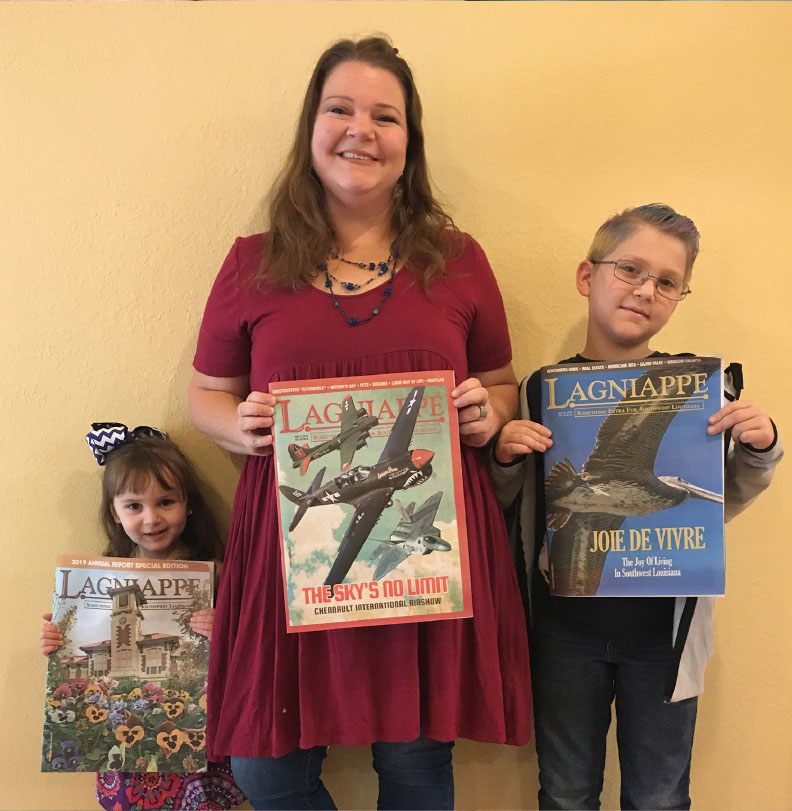 But she figured that if she really wanted to make her product successful, she’d have to make sales to the local jewelry-buying public. An introvert by nature, Martin was reluctant to make the social jump into one-on-one commerce. Nevertheless, she says, she “started getting in front of people and doing shows two years ago.”

Now her primary sources of sales are the big major cultural events that take place in the area every couple of months: Arts and Crabs Fest, Chuck Fest, the Art Walk and so forth. The best way to see Martin’s beads and jewelry is to go to one of these events.

It’s a small-scale business and one that will have to build gradually. Right now, says Martin, “I’m a starving artist.”

But she’s taking the right steps to change that situation. She takes custom orders and “is always up to doing custom work.”

She encourages the public to take stored papers that have a sentimental value — such as sheet music, wedding invitations, comic books — and let her make jewelry out of them. The materials she used to make her first beads were paintings she’d made in the past and no longer wanted to display. But she still had a sentimental connection to the works.

The Beads Of Uganda

Martin wasn’t the first person to think of the idea of making beads by rolling paper. “The art of rolling beads is very old,” she says. The present-day interest in African art beads from Uganda is the culmination of a long period of artistic development. The practice may have started in Victorian Britain, where women hit on the notion of rolling scraps of old wallpaper around knitting needles, then applying shellacking agents to the “beads,” which were then strung together to act as curtains.

Recent decades have seen brisk sales of paper-rolled beads crafted by skilled Ugandan women who used their handmade jewelry to become self-sufficient in an environment of war and poverty. Often foreign humanitarian groups act as middlemen for western consumers who want to buy the Ugandan jewelry. One example is Scotland’s Mzuribeads, which distributes Ugandan beads made not just of rolled paper, but also of cow horn, barkcloth, banana leaves and glass. All the jewelry has the appearance of high-quality adornments made by skilled craftsmen in the west.

When Martin isn’t crafting paper-rolled beads or hustling Waitr orders, she’s got plenty to keep her busy. She lives in South Lake Charles with her husband and “a whole bunch of kids.” She devotes a lot of time to the homeless ministry at Water’s Edge church, sometimes working in the food pantry; sometimes helping to run the homeless shelters when the weather is bad.

She’s also active in pit bull rescue. She’s environmentally aware, actively researching examples of the principles of reuse and upcycling that she practices in her own work.

And most likely she’ll continue to use a good deal of her spare time figuring out ways to get her jewelry in venues where it will be seen by those who want to wear it.

About the author: Brad Goins View all posts by Brad Goins

Age Really Is Just A Number

Due to COVID-19, Please Expect Delays … For The Rest Of Your Life

Friday, October 8, 2021, Comments Off on Illegal Drug Trade In Afghanistan

Friday, October 8, 2021, Comments Off on A Look At The Importance Of Local Industry During Good Times And Bad

Friday, October 8, 2021, Comments Off on Maybe Tweak The Dress Code?